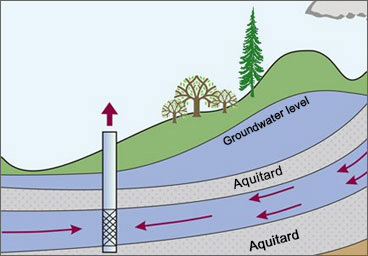 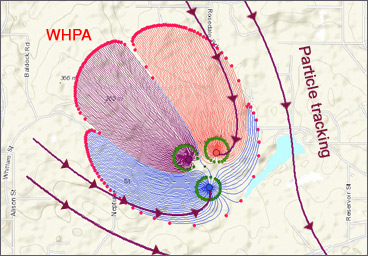 Module AnsTrack: particle tracking to determine groundwater flow paths and to delineate the capture zone of a pumping well. 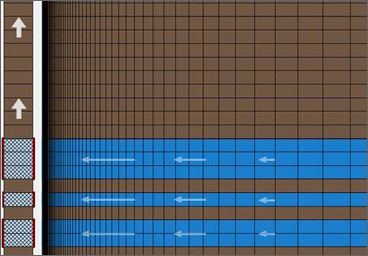 Module AnsQuick: Suite of calculation tools for quick estimates that can be used for aquifer test planning or mine dewatering. Hydrogeology units and parameter converter. Special function calculator.


ANSDIMAT it is a suite of software tools that uses analytical solutions to solve groundwater flow and transport problems. These solutions provide assistance to hydrogeologists who are dealing with water supply, mine dewatering, civil construction or environmental assessments. Typical examples of ANSDIMAT applications include:
• Interpretation of aquifer pumping tests, packer tests, slug tests;
• Design and optimisation of wellfields for water supply or mine dewatering;
• Prediction of groundwater inflows to open pits and underground mines;
• Prediction of drawdown from vertical or horizontal wells;
• Delineation of Well Head Protection Areas;
• Prediction of contaminant migration using particle tracking or dispersive transport modelling;
• Modelling of sea water intrusion in aquifers.

ANSDIMAT includes the solutions that are most commonly applied in groundwater practice, as well as some in-house modification of existing solutions. Most solutions take into account plan or profile boundaries, and they can be applied to one or several pumping wells with time-constant or time-variable pumping rates. Analytical solutions are explained and referenced in the extensive help system. It is important that software users are familiar with analytical solutions and their range of application in groundwater modelling.

Geography of our clients

Today ANSDIMAT is used by more than 700 groundwater practitioners who work in the mining industry, nuclear industry, water supply, construction and environment. As ANSDIMAT was first developed 25 years ago in a USSR research institute, most of our clients are still located in Russia and the countries of former USSR. Since 2015, our software has been increasingly used in other countries and continents. The English-speaking hydrogeology community can now benefit from ANSDIMAT capabilities with commercial licenses and free educational licenses available. 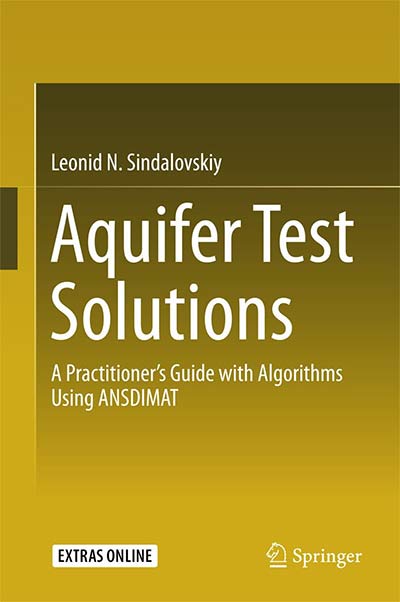 This book is designed as a handbook that presents systematically analytical solutions describing groundwater flow during aquifer tests. The book covers the majority of known solutions from well hydraulics and subsurface flow theory, from pioneering work from the early 20th century to the most recent publications in scientific journals. The book includes about 300 transient solutions covering a wide range of aquifer test scenarios and hydrogeological conditions. All the solutions have been thoroughly tested and implemented in the multifunctional ANSDIMAT software. The book comprises three parts and is supplemented by appendices.

The second part of the book focuses on complex pumping test settings and well system configurations. Analytical solutions are presented for pumping from a horizontal or inclined wells, constant-head tests, multi-well variable-discharge tests, simultaneous pumping from adjacent aquifers and dipole flow tests. Detailed descriptions are given for slug and recovery tests.

The third part of the book contains algorithms for evaluating hydraulic characteristics using analytical and graphical methods, that are incorporated in ANSDIMAT.
Read more